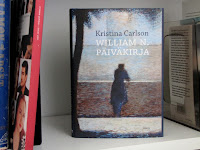 25.12. 14 degrees Celsius. I ate some Alsatian sausage cold. A glass of madeira. The university swallows talents and digests them slowly and surely as the sundew which grabs the fly and use it for food, but I do not have to fight for a "position" at any university, for there has always been enough ground under my feet. The thanks one receives are mere crumbs for the sparrows, while the vultures lurk on the branch waiting for the moment you make a mistake: Thank you, thank you, friends and enemies! Now that it is dark it sounds to me as though Paris is humming. Plaisance used to be open countryside – there was even a large park and a castle, which the omnibus company demolished in order to build the depot, and now there are tenement buildings and narrow streets, and the residents are poor people. Before the tall building was built opposite to darken my dwelling, this street was better than the Rue Pernety, where I used to live.

26.12.1898 Between the first and second pages of this notebook I have inserted a note which reads: "À Madame Constance Cavé. Ce cahier doit être détruit après ma mort."

27.12.1898 No letters. Before Christmas Elise sent me the instrument I had asked for, but it was quite the wrong one, even though I carefully explained what it should look like, and drew a picture of it. It will have to be returned. Coughing badly, the codeine tablets do not help, my whole body hurts and I have no appetite. If I get the article finished, the black-gowned academics will attack it like flies on a carcase.

28.12.1898 Death is not discussed as much as love (which is also discussed on the street corner), even though it is the only certain thing in life. Write poetry about death! People love a woman/man, but, I ask, does anyone love death? Suicides I do not count, for they do their deed while their minds are unbalanced. As a physician I have seen death many times, but the face of a dead person is neither happy nor sad, but completely empty, as the death struggle is over. When I die my old enemies will be disappointed, because they will miss an important event in my life, one that with all their hearts they desired to witness.

29.12.1898 Human folly occasions an anger that warms like an eiderdown or a bottle of burgundy! Th. S. wrote to me about a dispute concerning a civil service appointment, which is interesting, even though it does not concern me at all: let Helsinki, Uppsala, Lund and all the universities of the world look after their affairs without me!

30.12.1898 7 degrees Celsius. I lie in bed under the coverlet (my coat is also being used) and am trying to write, but my fingers are numb. It is 4 pm. I did not eat, drank milk which I mixed with hot water and sugar.

Paris, 1. January, 1899 A person of romantic disposition would suppose that this day is a "clean sheet", as it is Sunday and the first day of the year. I have not the slightest tendency to romanticism, but I awoke pleased that I had slept better than I have for a long time, for the cough did not keep me awake. On opening the front door (I was taking the refuse out to the back yard), I received a surprise: propped against the wall was a paper-wrapped bouquet of anemones, lilac, poppies, expensive spring flowers that can only be bought at the finest flower shops in Paris, and I thought it was a mistake and the bouquet was intended for one of my neighbours, but no: in an envelope was a card with my name on it, Dr. William N. On the other hand, there was no sender's name, and I am most perplexed by this occurrence! After rummaging in the kitchen I found a large jam jar (it was not clean, but I washed it), and in it I put the bouquet of flowers, which I think is very beautiful, and it looks as though spring had come to my dark, cramped and dusty apartment. A truly remarkable event!

translated from Finnish by David McDuff