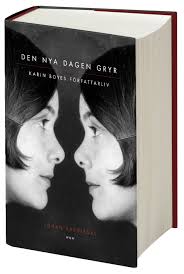 Another book for my reading list - a new biography of Karin Boye that appeared, ironically, almost at the same time as the Peter Weiss biography I mentioned earlier. I'll hope to write about both of these books, and the themes that connect them, in a future post.
Posted by David McDuff at 12:22 No comments: Links to this post 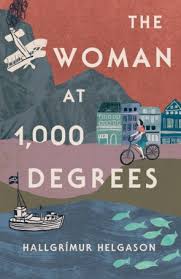 I was pleased to get from Oneworld Publications a copy of Brian FitzGibbon's excellent translation of The Woman at 1000 Degrees (Konan við 1000° ) by Hallgrímur Helgason. Having read this first in the original a couple of years ago, it was nice to have a chance to revisit the book, and also to have my early impressions of it confirmed.

It's a sophisticated work, combining elements of Bildungsroman, comic burlesque, fictional biography and historical commentary. In some ways it also adheres to different traditions of narrative fiction - cast now in the mould of Halldor Laxness, and now in that of 'stateless' postwar German/Scandinavian authors like Peter Weiss. The novel's sheer invention, talkativeness and linguistic zest recall Joyce, while the plot itself, with its logical progression into the absurd, is not too distant from the labyrinths of Kafka.

Some critics have complained about a lack of structure in the book - yet the sprawling edifice, spanning well over 400 pages, merely reflects the chaotic circumstances of the heroine's life and the murderous century into which she is born. Everywhere the historical detail is observed with meticulous precision - from village life on a Frisian island in 1941 to the birth of Paul McCartney in Liverpool in 1942 and encounters on the disintegrating German front in 1945. The novel's humour is grim and ever-present, yet in the end the laughter turns against itself, mocking the notion that it can ever be an appropriate reaction to the horrors that are being described. Iceland and its economic problems become the emblems of a world gone mad - at one point in the story Hitler is blamed for the financial crash of 2008 - and ultimately the underlying direction of the narrative is a form of nihilism. The thousand-degree temperature of Herra's spontaneous combustion underlines the thought that human life is "a tale /told by an idiot, full of sound and fury,/signifying nothing."
Posted by David McDuff at 15:04 No comments: Links to this post