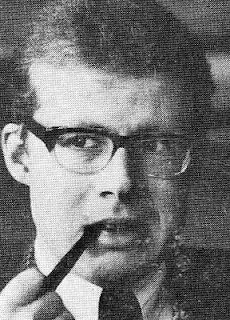 Twice a year, a little before and a little after midsummer, the sun would set directly behind the greenhouse. It looked as if someone had lit a fire over there. The greenhouse was in a neglected nursery a couple of gardens away. I saw it from my window when I was going to bed, and now and then I would creep out of bed again after we had said our goodnights to watch how the fire in the distance would gradually die down and the greenhouse would become dark like the rest of the nursery.

It was the farthest you could see from my window, and I didn’t know what lay beyond it. Even after darkness had fallen you could easily catch sight of the greenhouse, because the glass reflected and you saw something of the clouds as long as there was any light left.

The nursery was the only place we were not allowed to play in. We had included all the gardens along the street till the area was so big that it was almost impossible to finish a game of hide-and-seek. The one who was “it” might have his work cut out for most of an evening, and it was lonely and a little disquieting to begin counting with your eyes shut and to hear the others disappearing in all directions. By the count of a hundred there was not a sound or a movement to betray the fact that these gardens were full of children, and you might start thinking about puzzle pictures in old children’s comics where there was someone or something looking at you, although you couldn’t see it.

If we had been allowed to play in the abandoned nursery too, we would have had to completely restructure the whole game. But that was forbidden - strictly forbidden, in fact - and moreover there was a high wall round it. And throughout all the years in which we passed the time before going to bed in playing, with our space restricted on every side by something we only knew one side of – houses, hedges, sheds, garages – the nursery was simply this view from my window after bedtime with the glowing greenhouse between myself and the sun, while I heard the voices of my older friends who still had permission to stay up and play for some time after I had been put to bed.

But there came a time when I myself was one of the chosen ones who was always allowed to play after the others had been called in. And there even came a summer when playing with them no longer seemed the natural thing to do. It was a wonderful summer, the game was still good enough fun, and it was only afterwards that one thought there was really very little point to it. I knew the district now, the road to school, the road to the dancing, the road to the baths. But in between these roads there were unexplored stretches, and the nursery was one of them. From my window I was always catching sight of the sun directly behind the greenhouse, and I would be gripped by a strange sadness when it disappeared and all the long shadows in the nursery merged into twilight. And for the first time it became clear to me that sooner or later I had to venture over there, I had to try standing in the greenhouse when the sun framed it in just that way, utterly dazzling for a split second before it disappeared.

I was 12 that summer, and I had permission to stay up till 9 o’clock. There were between 10 and 15 of us who played together, and I was the eldest. But Inger from the house opposite was also nearly 12. We were the best at hiding because we had been doing it for so many years and we knew all the good places. One evening we both ran our separate ways to the same hiding-place, a wheelbarrow which had been upended against the garden wall on top of a compost-heap. One of the little ones was “it”, he was counting aloud and had almost reached 100. There was not a moment to lose, so I did something I had never done before: I climbed up onto the wheelbarrow.

It began to slide, and Inger held it for me while I swung myself up onto the wall of the nursery. I’m coming now, shouted the little lad from his homebase. I reached my hand down to Inger. “Come with me”, I whispered. “Where to?” she asked, as if she didn’t understand. “Up here!” I replied, grabbing hold of her arm and hauling her up while the wheelbarrow slid out from under us.

We sat there not very well hidden; in fact, where we sat we were not hidden at all. The little chap had already started checking the poor hiding-places right beside his homebase, and I can remember suddenly feeling sorry for him – why, I don’t know. He was the only person visible in the garden, he was going around all on his own and he didn’t want to stray too far from his “home”. He had not yet looked up properly, but at any moment he might do so and catch sight of us. There was nothing else to do but to jump down into the nursery. Obviously that was cheating but in a way we were already out of the game because we were sitting on the wall. I took Inger’s hand and we jumped simultaneously.

It immediately smelt a little different down in the nursery. Sweet and a bit colder, despite the sun. Apples from the year before and previous years had been left lying under the small, gnarled trees. Between the trees there were hotbeds with strange white stems in them, which in some places had broken the glass. The light was so low that we cast shadows like giants as we approached the greenhouse, careful not to tread on slugs and apples. It was less far to the greenhouse than I had thought, and it was a bit smaller than I had imagined. Closer to, we saw that it was rusty with lots of broken panes. I hadn’t been able to see that from my window. Leaning against the greenhouse were rusty garden tools, and around it ran a narrow path bordered by lavender. We went round the side and found a door in the gable-end.

“Shall we hide here?” Inger asked.

The door wouldn’t budge but we could just squeeze through. It was oppressively warm inside, as I had thought it would be. The greenhouse retained the warmth of the day with its smell of earth, tomatoes, chalk. Sweet and a little overpowering.

I really don’t think there had been anyone in the greenhouse that summer, and maybe not the summer before either, for the tomatoes had been allowed to run wild, the previous year’s tomatoes were lying like small black bulbs on the ground and the new tomatoes were still greenish-white now at midsummer and would surely never grow to a decent size. The tomato plants had pulled over the canes they were supposed to lean against, some of them had started to grow along the ground and their leaves were not greyish-green and sort of powdery, as they ought to have been, but completely white and flappy. The ground was covered in beetles, and the leaves and stems and the tomatoes growing along the ground had been gnawed. We looked around and held our breath a little because the air was so heavy.

Inger seemed about to answer, but she just looked at me. I stepped away from her and looked around. She came slowly after me, and spoke right at my neck: “They definitely won’t find us if we lie down”.

“Just for a minute”.

She lay on her stomach between two rows of tomatoes. I looked at the greenhouse a bit more then I lay down beside her. “It’s the best hiding-place in the world”, she said, and took my hand. Our hands were dirty from clambering over the wall and trying to open the greenhouse-door, and they were warm. Just as she took my hand and I was thinking, so what? so what? the whole greenhouse began to shine. It was what I had seen from my window. The sun framed it, broadside-on, just before it disappeared. The red light filled every last pane that was still intact, and to look up was like looking at the sun through closed eyelids, seeing one’s own blood.

We rolled up against each other and a moment later we kissed with closed mouths. Inger had shut her eyes. I looked at her face, then I shut mine too. A little later we heard our names being called, far away. The game was over, they had to go in and they were shouting You can come out now. Inger’s body was like mine, and when my hand finally reached out to where I knew we would be different, it collided with hers on its way towards me.

Later still we heard them calling us in the other gardens. The game often ended like this because there were too many of us who had to go in, but it had never happened before that someone had not come when they were called. In the end there was only one person left calling, he kept it up for a long time and I tried to imagine him going round all the best hiding-places which he thought only he knew. Then he gave up too, and all was quiet.

Shortly after, we pulled away from each other and got up. The light in the panes had disappeared. We brushed the dust from our clothes and Inger removed a large beetle from her knee.

“We can always hide here”, she said.

Out in the nursery it had suddenly become twilight and the air was a little too sweet and wet. There were walls on every side and no wheelbarrow, and we felt lost until we found an apple-tree close to the wall. On the top of the wall we turned simultaneously and looked back. Then we jumped down into the garden we knew and did not look at each other again.


The greenhouse remained there for many years, and for many years I had the same room from which, twice a year, I could see the sun go down directly behind the greenhouse. But there came a time when I had to sit up late and keep the window shuttered in order to collect myself, and one summer the greenhouse was gone and a terrace of houses was built there, but before that the greenhouse seemed to have shrunk and all the panes were broken. Now the nurseries have moved further out of town and one mostly sees greenhouses when travelling on the train. They make me think of the one evening when I was actually in there. “We can always hide here”, said Inger, and I often think I should have taken her at her word.

translated from Danish by Harry D. Watson
Posted by David McDuff at 11:43