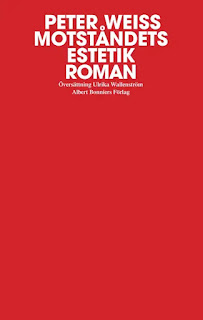 Some time ago I mentioned two new biographies - one of Peter Weiss and another of Karin Boye - and said that I hoped to post a discussion of them here. Having read both, I find that I'm in something of a quandary: for one thing, Werner Schmidt's book is not really a biography in the traditional sense at all, more a critical appraisal of Peter Weiss's work during various periods of that author's career. For another, Johan Svedjedal's study of Karin Boye is in one important sense a polemic with Margit Abenius, the author of the only previous full-length biography of Boye, first published back in the early 1950s. This makes it hard to form a balanced assessment of these two new studies - they lead one too easily into metacritical terrain, where points of interpretation and biographical detail tend to overshadow the subjects themselves. Thus, Svedjedal writes in a somewhat laconic aside towards the very end of his book:

Svedjedal is at pains to free Karin Boye from the aura that he feels has dogged the proper appreciation of her life and work over the decades, and that he attributes largely to the influence of Margit Abenius's portrayal. His emphasis is on the everyday aspects of the poet's life, and in general the book attempts to root her and locate her in her changing environments, whether in Sweden or in Germany. In doing so, however, it may be losing sight of the central meaning and message of her life and work, as outlined by Weiss's narrator in Werner Schmidt's retelling of the story:

In this respect I feel that Margit Abenius was more on target. While it's useful to remember that Weiss's Karin Boye as she appears in his novel is a reconstruction and re-characterisation of her personality, there can also be little doubt that his portrayal of her is an accurate one, based on his own acquaintance and friendship with her - even though the details of that friendship are not documented anywhere, and the evidence is purely and convincingly circumstantial and psychological. Karin Boye and Peter Weiss meet in these books, as they do in Die Ästhetik des Widerstands - but while in Schmidt's biography the encounter is acknowledged in terms of the aesthetic dialogue between the two writers, and its philosophical and historical meaning, in Svedjedal's book the meeting is only a brief one, and the opportunity of understanding it is unfortunately missed.
Posted by David McDuff at 11:39 No comments: Links to this post 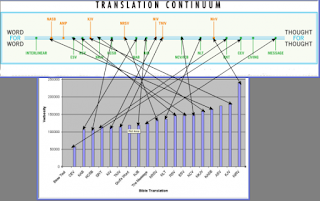 
So, as a list-maker, you have the non-genre specific, gigantic works of Dostoyevsky, Tolstoy, even Nabokov and Camus on one hand, and the mostly contemporary crime-fiction writing by women on the other. This is not a good mixture.

Hat tip: Ian Giles
Posted by David McDuff at 15:10 No comments: Links to this post 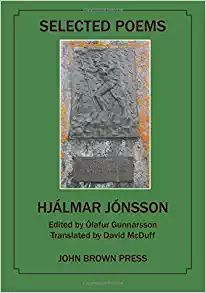 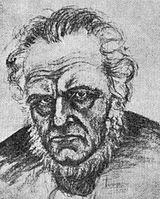 John Brown Press of Kansas, U.S.A. have published a book of my English versions of poems by the nineteenth century Icelandic poet  Hjálmar Jónsson ("Bólu-Hjálmar", 1796-1875), edited by Ólafur Gunnarsson. In addition to introductions and the poems themselves, the book also contains an Afterword consisting of a new translation of a biographical essay on Hjálmar by the Icelandic statesman, politician and poet Hannes Hafstein (1861-1922).

A stream I heard within a gorge
it rushed on loud, and said:
I never halt, for time is short
to reach the goal ahead.

Thus does time cry out to me:
Take care now and beware,
I wait a moment for nobody,
for no one I wait there.

Hurry now, as I flow free
I'll move you, bear you high:
out to the sea of eternity
swiftly I do fly.

Posted by David McDuff at 12:37 No comments: Links to this post