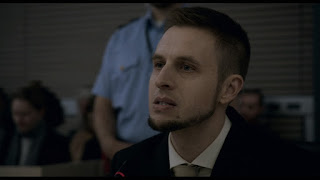 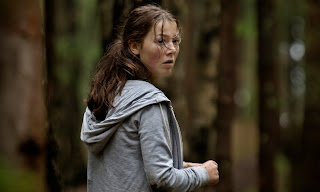 Two cinematic studies of the Utøya massacre of 2011 - Paul Greengrass's 22 July and Erik Poppe's Utøya. Of the two, the latter is unquestionably the more powerful and fully achieved.

22 July begins as a pseudo-documentary, with a re-enactment of some of the horrific events of that day - first, we see the mass murderer preparing explosives at a remote farm in the country. Then, the arrival of the children and teenagers for the Labour Party AUF youth camp on the island of Utøya. After that, the sequence proceeds to unfold: the bomb explosion in Regeringskvartalet, the arrival of Breivik, dressed as a police officer, his shooting of the camp leader and island hostess, and then his hour-an-half rampage around the island, killing and maiming.

The film then turns into a procedural, with reconstructions of the interrogation of Breivik, his statements to the police and court, and an exposition of some of his far-right and Islamophobic ideas. These are set in contrast to the experience of Viljar, a survivor who has suffered terrible and life-threatening injuries, but is gradually recovering and trying to make sense of what has happened to him and to others.

While the story of Viljar is moving and inspiring, for the viewer it's hard to see why the retelling of the story of Breivik (masterfully played by Anders Danielsen Lie) is necessary - it merely serves to put the sociopath on a pedestal, and subtly changes one's perspective on the first part of the movie, which in retrospect becomes something akin to a historical re-enactment - surely not the director's primary intention. For what pretends to be a fact-based account there are curious and major omissions. These include any reference to the absence of a police response during the massacre, and to the help that was given by local residents, who picked up many survivors in small boats - for some reason we never see them in the movie. Perhaps one of the reasons why one reviewer characterised the movie as searing but shallow.

Utøya approaches the subject from quite a different angle. While the movie is almost exclusively a re-enactment, the manner in which this is achieved stands in marked contrast to the Greengrass production. Instead of a blow-by-blow or shot-by-shot docudrama account we get an inner, subjective sense of how it felt to be a victim of Breivik's terrorism. 18 year-old Kaja (Andrea Berntzen) moves through the hour and a half of shootings in an almost dreamlike fashion, terrified yet at the same time filled with deep compassion for the victims she encounters around her, and with anxiety for the fate of her sister from whom she becomes separated at an early stage in the massacre. With the exception of one brief, nightmarish moment we never see the gunman himself - all we hear is the seemingly endless litany of gunfire, now in the distance, now shatteringly close and deafening.

Utøya doesn't sermonise or preach - in a simple, direct way it puts the events in context: this is the result of a far-right extremist's thoughts and actions. What dominates inside this contextual frame is not ideology but the human experience of living under tyranny and terror - the kind of terror that fanatics like Breivik would like to impose on us, the people of the free world.

Posted by David McDuff at 12:05 No comments: 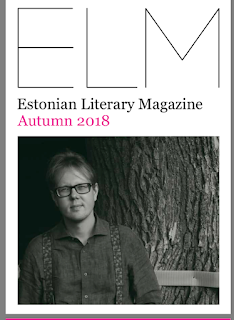 The autumn 2018 issue of Estonian Literary Magazine is out - excerpts can be read on the magazine's website.
Posted by David McDuff at 18:27 No comments: 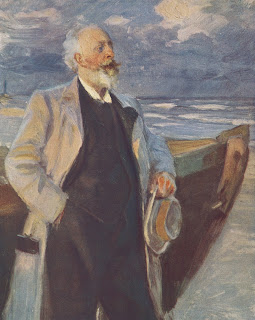 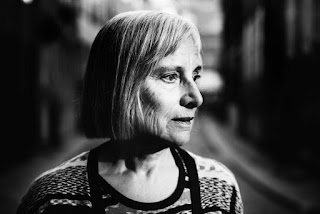 The painter and poet Holger Drachmann was born on October 9th, 1849. Drachmann was among the first artists who travelled to Skagen and he was a prominent member of the artists’ colony. Since 1917 a literary prize, the Drachmannlegatet, has been awarded on Drachmann’s birthday. This year's laureate is the Danish poet Susanne Jorn (b. 1944). As has been the case in recent years, the Plesner Galleries at Skagens Museum will be the venue for a celebration of this year’s laureate on October 19th.

https://skagenskunstmuseer.dk/blog/2018/10/09/susanne-jorn-modtager-drachmannlegatet/
Posted by David McDuff at 17:51 No comments:

The Ride Towards Now 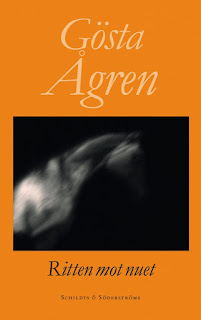 Schildts & Söderströms of Helsinki have published Ritten mot nuet (The Ride Towards Now) the 26th volume of poetry by the Finland-Swedish Ostrobothnian poet Gösta Ågren (b. 1936).

Poetry is the story of
the meaning of our lives:
the being, not the events;
the voices, not the words.

And the rhythm, not the sorrow,
although every line so clearly
hides it, and every poem
constitutes a farewell.