Land of one language? 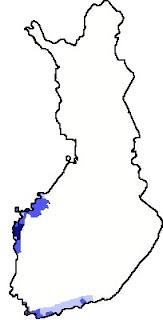 In Finland the vexed and perennial question of the position of the Swedish language in the country's affairs continues to provoke discussion in Finnish and Finland-Swedish media. Last week Ulla-Maj Wideroos, chair of the Swedish People's Party group in the Finnish Parliament, gave an interview to the regional Finnish dailyTurun Sanomat in which she said that


the climate within the government had changed to the disadvantage of Swedish-speaking people over the past two legislative periods... "There has been a change of generation and today's politicians do not relate to the Swedish language in the way earlier ones did"...(Helsinki Times)


Last month the youth wing of the Perussuomalaiset (True Finns) party demanded (Turun Sanomat) that Finland should become a monolingual country, and that the special official status accorded to Swedish should be removed, "because the language legislation does not correspond to the real declaration of will in our country". In their statement, the campaigners said that too much of Finnish taxpayers' money was being spent on maintaining Swedish as the country's second language relative to the small area in which Swedish is actually spoken. Alluding to the growing numbers of Russian-speaking migrants to Finland, they asked if Russian. too, would be made an official language when the numbers of Russian-speakers reached the same proportions as those of Swedish-speaking Finns.

In the Swedish-language Hufvudstadsbladet it's possible to follow an ongoing discussion of the issue. Some of the contributions illustrate the intensity and bitterness of some of the debate. Excerpts:
Note: to an outsider, it would seem that from a literary point of view Finland is quite clearly a land of two languages - the Finland-Swedish contribution is at least equal to the Finnish one. But seen in contemporary social and general cultural terms, the situation appears to be different. Is it a case of one Finland for the Finns, and another for the rest of the world?
Posted by David McDuff at 10:10

True finns party have always hold the flag of the extreme nationalism. It is part ot their agenda to blame on everything "foreigner" as an explanation for Finland troubles. In real life, the true is that Swedish is disappearing on a steady way. As you mention, Swedish speaking Finns are rather fluent and can indeed speak ¨proper¨ finnish. If that would be the natural flow of the events, to the Swedish language to disappear from Finnish territory, there is nothing to do but to wait what the future will got to say on it. That thing about Russian an other imported languages achieving an official status are nothing but histeric cries. On the other hand, it is quite interestin what you mention about the huge amount of material the Swedish speaking Finns produce. It is the people who decide either if a language would survive or not despite it all I think. It resembles me the Riksmål affair of Norway.

While it's true that Perussuomalaiset represent a conservative tendency in modern Finland, the issues raised by all sides in the debate about the status of Swedish (and Russian) do have a familiar historical ring. In fact, EU or no EU, one sometimes has a sense of listening to the public debates of over a hundred years ago.

But for all their demagoguery, Perussuomalaiset are nothing like as extreme as the opposing parties in the language wars of the 1920s. It's just that the language and culture problems that were supposed to have been "solved" by the ending of the Continuation World War and Finland's subsequent backward historical step in its status vis-a-vis the Russian empire (aka the USSR), are obviously still present in the country's social and political structure. Whether Swedish will die out in Finland in the way you suggest is a moot point, for at present its position is guaranteed by state legislation.

As far as I know, Norway imposes a Norwegian language identity for the country - for example, Swedish migrants to Norway are compelled to learn and speak Norwegian, and there's no "Norwegian-Swedish" community along Finland-Swedish lines - though obviously the historical precedents are different.

With regard to Finland-Swedish literature: I think it holds one of the keys to the resolution of Finland's cultural identity, for if that literature becomes more widely recognized as Finnish - not Swedish - by the outside world, it will surely increase the recognition of Finland as a quintessentially European state, whose traditions lie firmly within those of the West.

Fenno-Swedes are probably the greatest masters of framing of debate in terms favourable to themselves and presenting themselves as the victim... I have spent half my life debating them and one has to always be on guard for all kinds of attempts to smuggle in unwarranted assumptions, false logic and hypocrisy about treatment of speakers of different languages...

In particular, their own demands regarding language policy must never be critically evaluated or commented upon. If one does, one gets straw-man accusations of wanting a "country of one language" and of being an "extreme nationalist" and so on.

Of course this is to deflect attention away from the fact that the Fenno-Swedish language policy requirements are actually very nationalist in themselves when taken objectively ... they are in essence suggesting that because someone holds a Finnish passport, they must abide by some sort of politically prescribed and implemented bilinguality-identity in order to protect the special language identity of the Fenno-Swede, and that all sorts of things are acceptable in society to "convince" people of the benefit of this idea. At least in my book this runs against the protections of people's language identity -- yes, even Finns have human rights, although sometimes it is hard to believe!

They also feel quite comfortable interpreting history in terms of "what should have happened" (apparently, we should still be part of Sweden) and how we "owe something" for having been allowed to develop our own language like everybody else... Finland is never to be seen in terms of what people actually are (in our case, 92% Finnish-speaking) and what they want, but what the Fenno-Swedes expect it to be.

I have never understood the deep feeling of historical entitlement that then causes feelings of offense when someone else exists in a form not fitting of their mental picture of acceptable state things, and how the blame can always be put solely on the nasty Finns' shoulders for ruining the otherwise perfect Nordicness... Fenno-Swedes do not actually differ much from other kinds of minorities in Europe who have been advocating some sort of mandatory alignment to what they perceive to be a "mother country". In our case, their legislative and PR success just has been nothing short of remarkable.